The leaders of the political parties represented in the House of Commons have written to the Prime Minister to demand an inquiry into the contaminated blood scandal. The letter calls for a Hillsborough-style inquiry and says that “concerning allegations about what officials knew at the time, and when, have been left unaddressed”.

There has never been a UK wide public inquiry with full powers to require documents be released, take evidence under oath and a remit to consider failures in public policy and negligence by public bodies. Yet this is vital to show the systemic nature of the abuses against our members and how the actions and inactions in the 1970s and 1980s were covered up in later years. There are also lessons that still need to be learnt regarding the doctor-patient relationship, maintaining the safety of the blood supply and the communication of risks to patients.

The Haemophilia Society has been strongly campaigning for an inquiry into the use of contaminated blood products in NHS treatment in the 1970s and 1980s and is very pleased to see the six leaders backing this important cause. It is no longer a question of whether the Government will set up an inquiry, but when.

While documents have been destroyed or lost over the years many documents have been released but have never been fully considered. The Haemophilia Society and campaigners have highlighted evidence of ignored risks and unsafe practices in the production of blood products for decades but have not had them acknowledged by the Government. Instead, a 2015 apology by the Prime Minister for ‘something that should not have happened’ was followed by proposals that removed the long-term certainty and reduced financial support for those most in need.

Specifically an inquiry must:

The Haemophilia Society has been clear however that an inquiry must not distract from or delay the implementation of an improved support scheme. The support scheme must be at least in line with that being provided in Scotland, ensure no one is worse off due to the changes currently being made and not leave people in poverty.

Responding to the Letter Liz Carroll, Chief Executive of The Haemophilia Society, said, “For decades people with bleeding disorders and their families have sought the truth. Instead, they were told by the Government that no mistakes were made while it repeatedly refused to acknowledge evidence of negligence and a subsequent cover up.”

“Contaminated blood products devastated our community. Almost 2,500 of our members have died and will never see justice while 2,500 more still suffer with substantial health issues. Despite support from the Government many continue to live in poverty – with an uncertain future – unable to work as careers were cut short due to ill health or to care for loved ones.”

“The Government have said that no liability has been shown, however there has never been an inquiry with a remit to investigate and challenge this claim. We welcome the support from the party leaders for an inquiry to reveal the truth and sincerely hope that the Prime Minister acts swiftly to right this historic wrong. However, after so many years it will be with relief rather than jubilation that those affected by the contaminated blood scandal finally get justice.”

About the Contaminated Blood Scandal

In the 1970s and 1980s over 4,500 people with haemophilia and other bleeding disorders were multiply-infected with HIV, Hepatitis B and C and a range of other blood-borne viruses. Over 2,000 people have since died and of the 1,200 people infected with HIV less than 250 are still alive.

People with bleeding disorders lack a protein, most commonly factor 8, factor 9 or von Willebrand factor that enables their blood to clot. This mean that even minor injuries can lead to difficult to treat bleeds, particularly into joints which, over time, leads to joint damage. Treatment requires regular replacement of the missing protein by intravenous injection.

In the 1970s treatment of haemophilia and other bleeding disorders with fresh-frozen plasma and cryoprecipitate that contained the missing proteins was replaced with a new product, factor concentrate. Factor concentrates, such as factor 8 for treatment of haemophilia A, were a revolutionary new treatment allowing patients for the first time to be treatment prophylactically, that is prior to a bleed, to reduce the likelihood of bleed and the resulting joint damage.

These new treatments, however, were produced using a process which involved pooling human blood plasma from up to 40,000 donors and concentrating it to extract the required factor. Blood products were known to transfer viruses such as Hepatitis and this risks was vastly increased when they were pooled using the new techniques. This risk was further exacerbated when supplies of UK produced factor concentrates were not sufficient to cope with NHS demand, and products were increasingly imported from the United States. In the US, high-risk paid donors were used as well as being collected in prisons increasing the risk of contamination with blood-borne viruses.

These risks were ignored by leading clinicians and Government who then failed to take appropriate action to end their use and return to safer products. Pharmaceutical companies and leading clinicians did not appropriately share, or even hid, information about risks from patients and patient groups. Many people were infected with deadly viruses during this time.

By 1984, heat-treated product that could inactivate viruses had started to become available, this combined with improvements in donor vetting meant that by the end of 1985 all UK patients were receiving safer treatment although some risks remained. Only in the late 1990s did use of synthetic (known as recombinant) clotting factors start to become widespread in the UK effectively eliminating the risks from viruses and other contaminants.

During this time, patients were tested for viruses without permission and not told their results until years later. Some, as a result, were denied appropriate treatment and in some cases infected their partners and other family members.

For further information or comment please contact Jeff Courtney on Jeff@haemophilia.org.uk or view a statement by the Board of Trustees of The Haemophilia Society which is available here.

MPs call for an Inquiry into the Contaminated Blood Scandal

Update on the Contaminated Blood Inquiry 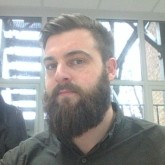